An OLS analysis was conducted to determine a linear regression model for CLRD. Covariates accounted for in this model were race, ethnicity, poverty, smoking, and distance from active uranium mining sites.
Smoking was the only statistically significant covariate (p-value: <.001) in determining CLRD. As expected, this proves that smoking is an important risk factor for Chronic Lower Respiratory Disease mortality rates. Distance from uranium mining sites was not statistically significant in the regression model. However, there is a lack of foundational health data in counties where mining locations are located which are primarily in southeastern UT and central CO. Our team of medical geographers suggest that distance from uranium sites could be statistically significant if more health data was available in those areas. 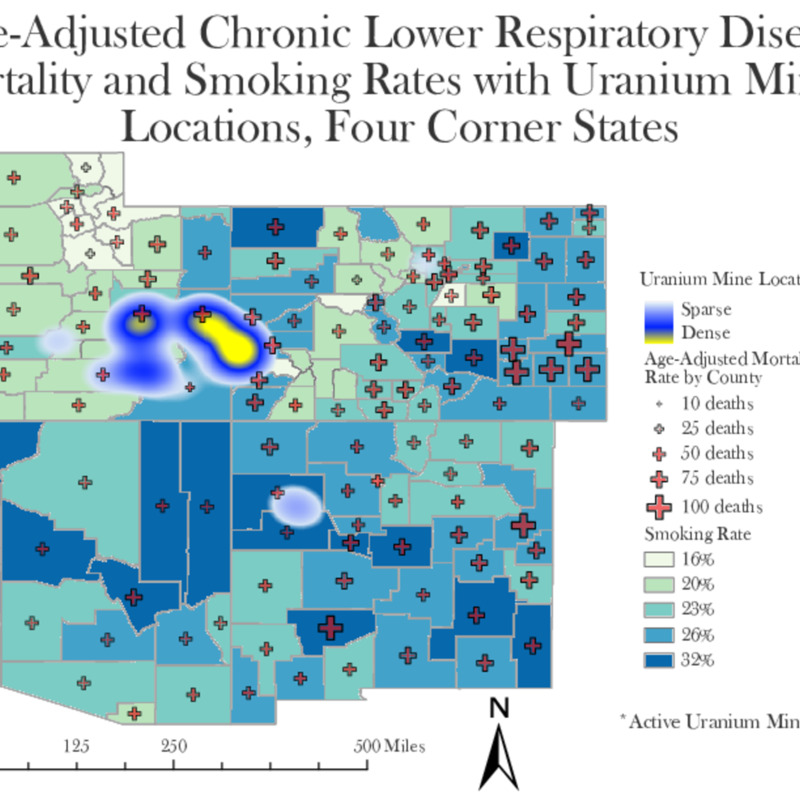 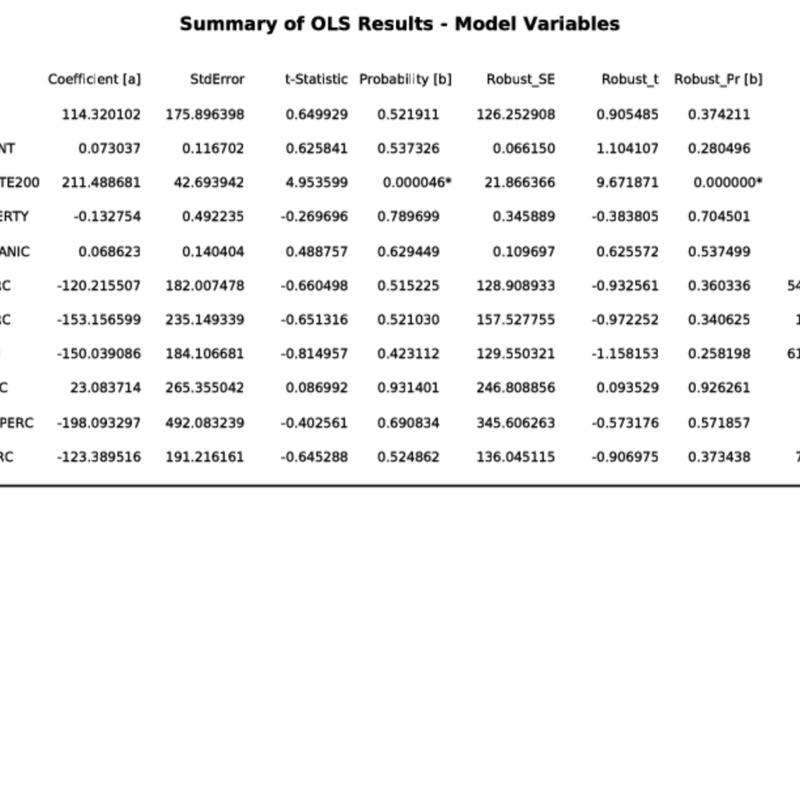