This evaluates teen pregnancy rates (number of births per 1,000 female population ages 15-19) in the Four-Corner states, 2018

An ordinary least squares regression was run on these variables to determine significance and model performance.

From our rates data, we would be led to believe that LDS rates in Utah would correspond with a negative relationship with teen pregnancies; however, our OLS output shows a slight positive correlation. More work needs to be done to accurately understand these results. 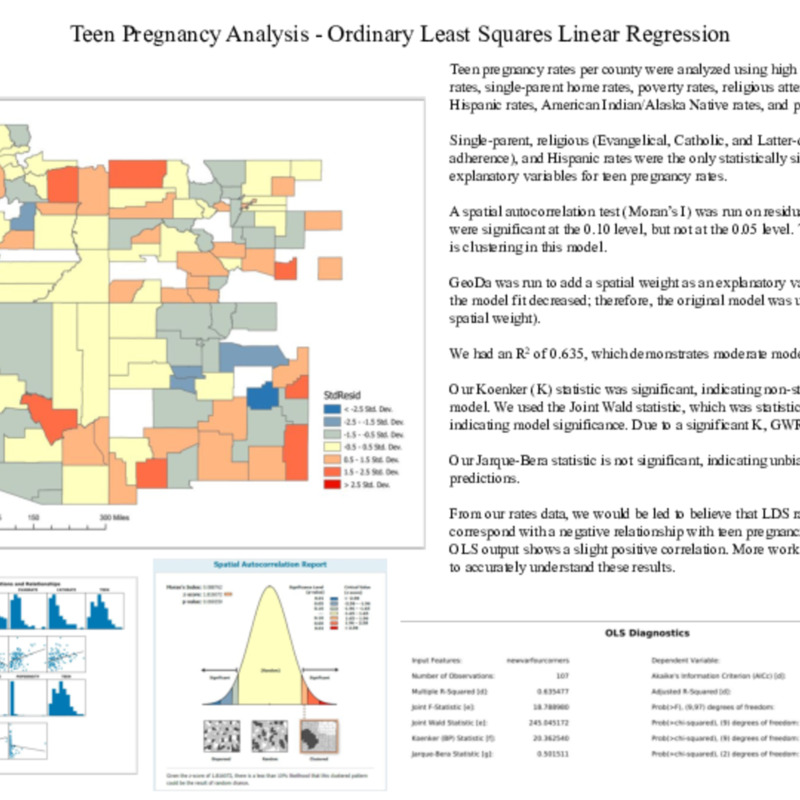