This shows raster maps and the residual map from running a geographically weighted regression (GWR). This shows the relationship between teen pregnancy rates and our statistically significant explanatory variables.

From our rates data, we would be led to believe that LDS rates in Utah would correspond with a negative relationship with teen pregnancies; however, our output shows a slight positive correlation. More work needs to be done to accurately understand these results. 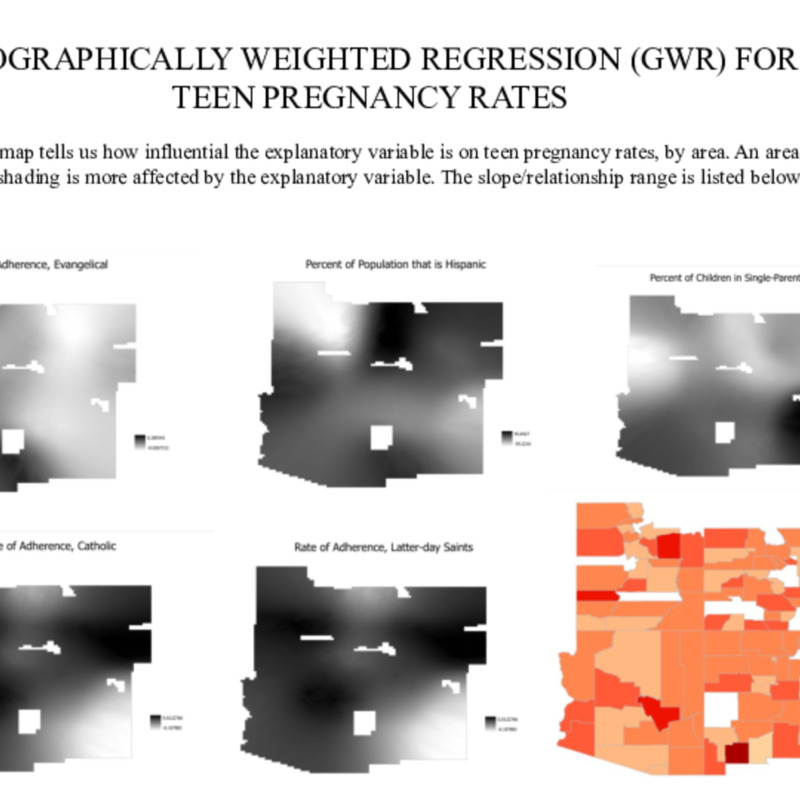