This is a map of the residuals and other information pertaining to an OLS Regression between cancer mortality rates and Catholic prevalence.

The other information illustrates the basics behind and OLS Regression and the main takeaways from the OLS report generated.

This is a map of the residuals in the Four Corner States by County level. Results can't be generalized to the general United States population as a whole, other states, or for other years. 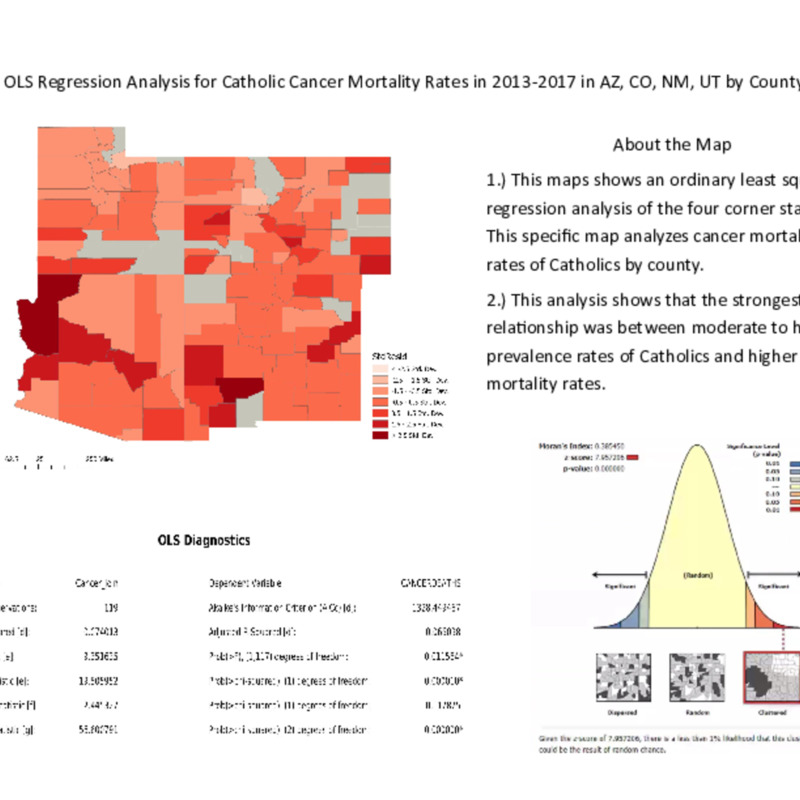