Shows point data for mental health clinics and hospitals as well as their relative size based on the number of employees on site. Also shows the total population density of Colorado by census tract. 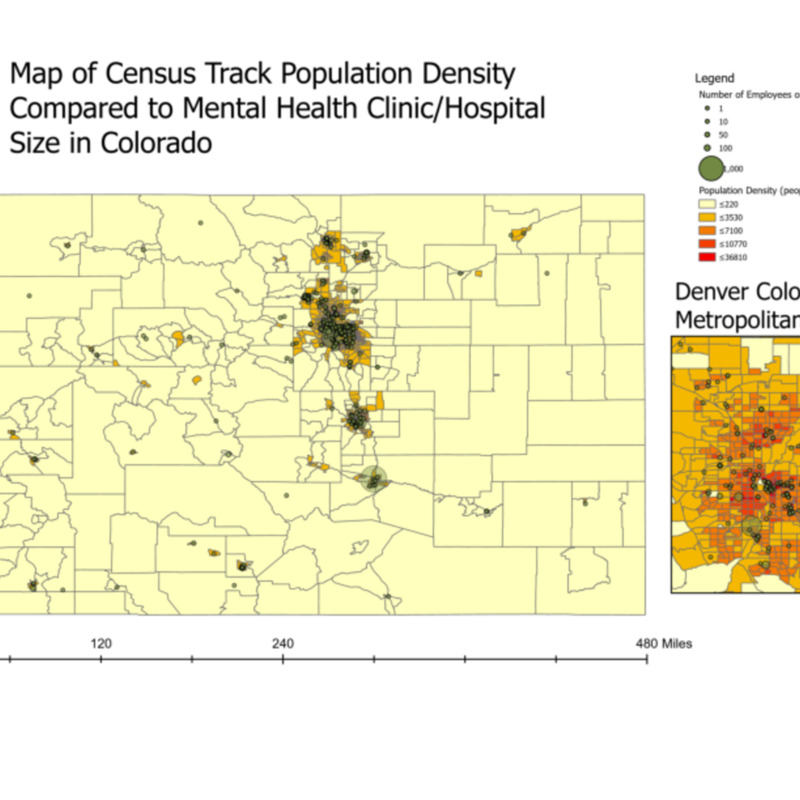